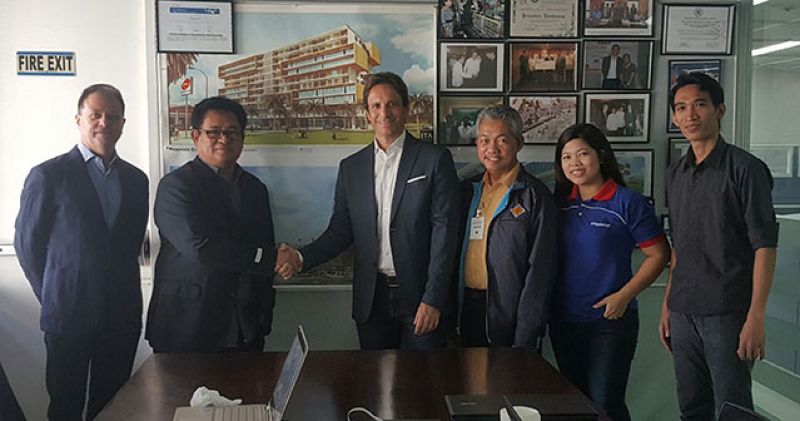 Aside from being an internationally known project management and surveyor firm, RLB is also recognized for its leadership and commitment to building sustainable projects – an advocacy aligned to IDC’s vision of creating green buildings. With its quality services, RLB has helped many developers achieve sustainability goals such as LEED certification, BREEAM, BERDE and other green building standards. “It’s an honor to work with RLB, a company that has built its legacy in the construction industry, not only in the Philippines but worldwide. Partnering with RLB which also focuses in green design and construction approach, proves again the dedication of IDC to deliver genuine sustainable buildings,” said Arch. Romolo V. Nati, IDC Chairman and CEO.

“Apart from ensuring competent project / construction management, as well as quantity surveying, our company’s core objective is to promote green initiative by challenging building owners to develop environmental designed projects,” said Armando Baria, Vice President for Operations of RLB for Visayas and Mindanao. “With our partnership with IDC, we hope that this collaboration lasts for years as we continue to develop green buildings with high quality,” he also added.

Sharing the same vision with RLB, IDC has also made its mark as a green developer in the real estate industry in the Philippines. Its flagship project, Primavera Residences, received its EDGE (Excellence in Design for Greater Efficiencies) certification last January 2016 as the first completed green condominium project in South East Asia. IDC’s second project, Primavera City, is a seven-tower mixed-use development harnessing both passive and active green strategies. The construction of its first phase started last September 1, 2016 and is currently 21.83% completed. The target completion of the said project is the fourth quarter of 2018.

Eyeing other projects in the country’s emerging cities, IDC is currently expanding not only in Mindanao but also in other parts of the Philippines. The company’s third project, Miramonti, will rise in Sto. Tomas, Batangas and is set to launch in the first half of 2017.

To know more about the company and its projects, visit www.italpinas.com.

By Kim Namocatcat and Diana Zamora