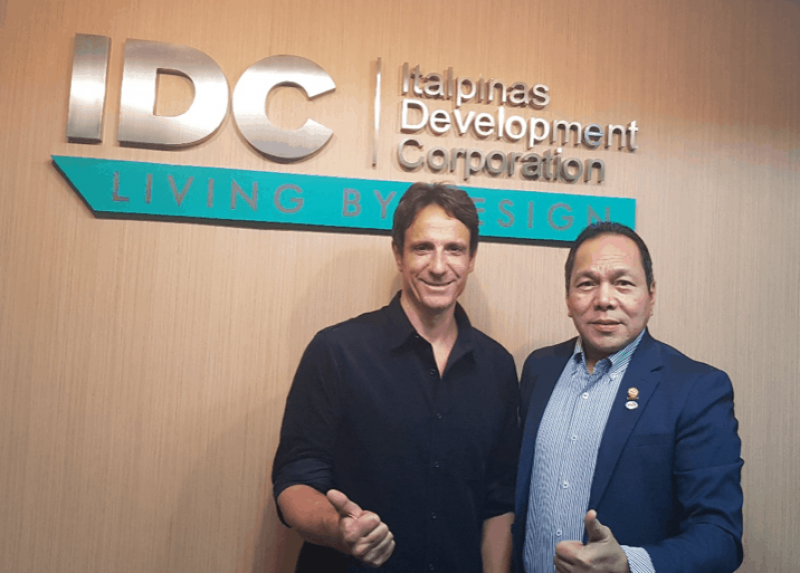 Land Asia Realty and Development Corporation (LARDC)., founded in 1992 , has grown from one real estate agent to more than 500 licensed professionals and staff, expanding its undeniable leadership in the key areas in the country and to the world.

Primavera City, that will future six mid-rise towers and a high-rise tower, will be developed in 4 phases the first of which, Citta’ Verde, which is on its way to completion. The second phase and launching this month is Citta’ Bella. Citta’ Bella will be followed by Citta’ Grande and after this the tallest tower named, Citta’ Alta. During the meeting it was agreed that there will be a future collaboration between the two companies in relation to the ongoing construction of the eco-friendly IDC’s development in Sto. Tomas, Batangas, named Miramonti Green Residences in which 16 residential floors of the first tower will be standing on a podium which comprises offices, parking and commercial spaces. The amenities, located at the fourth floor, will include a swimming pool, fitness center, function hall. On its 21st floor is a sky garden covered by semi-transparent solar panels which will produce renewable energy for the common areas.

Both Primavera City and Miramonti Green Residences received the prestigious Asia Property Awards by The International Property Awards in the category of Best Mixed-use Development in the Philippines. Both projects was also nominated in this year’s Lamudi-Outlook Property Award, organized by the top Philippine real estate portal, Lamudi. Dr. Ricardo’Ric” N. Inting had also the opportunity to visit the building site of Miramonti Green Residence, latest IDC’s project recently awarded as Best Mixed use Development in the Philippines by International Property Awards-Asia Pacific, and see the ongoing works related to the first phase of the development that comprises a 4 storey podium on which stands a 16 storey residential tower.