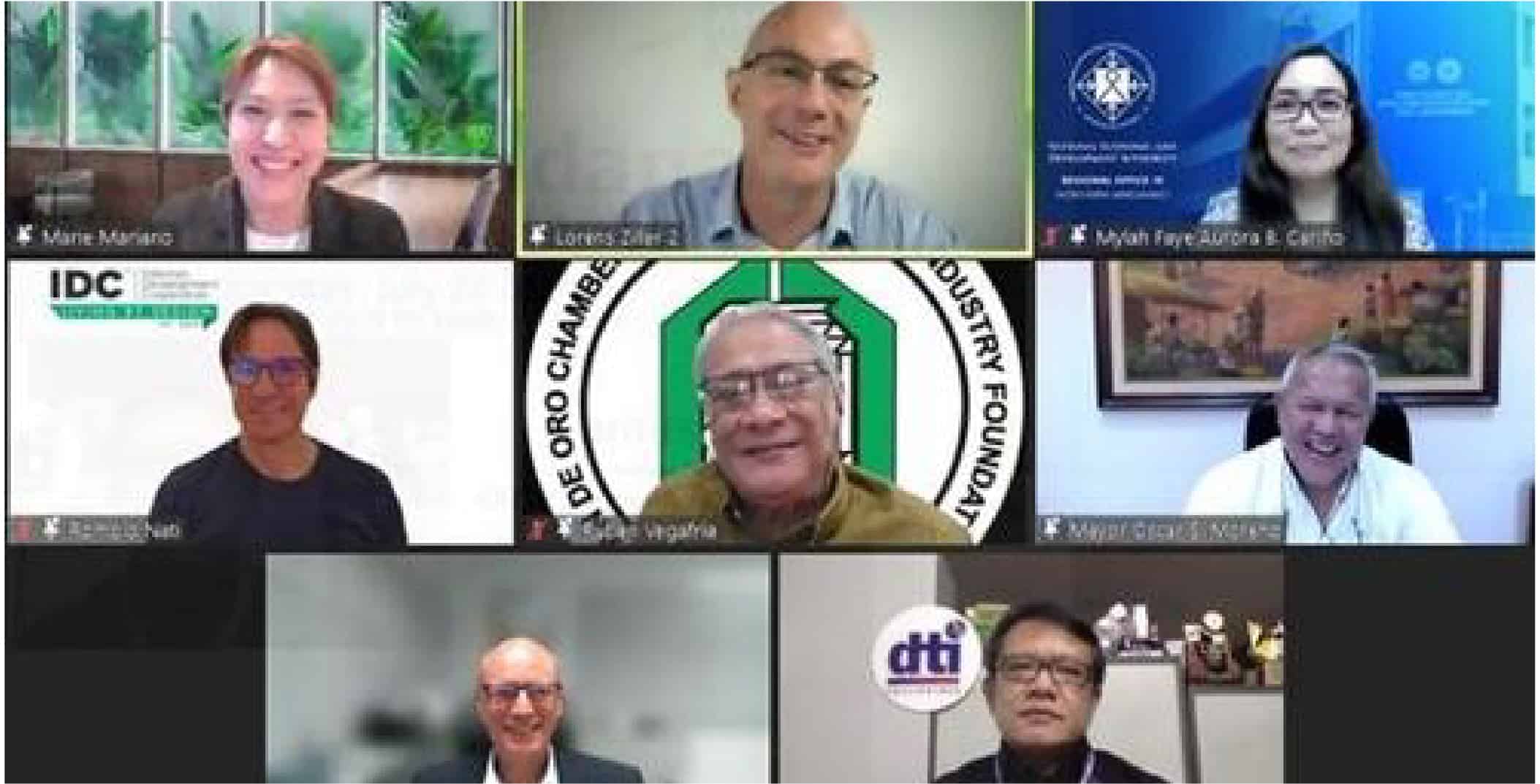 Three sets of factors including macroeconomic fundamentals; infrastructure; and governance and institutions determine an area’s potentials for sustainable growth.

Oro Chamber President Mr. Ruben Vegafria stated that this conference aimed to analyze the current socio-economic setting in Northern Mindanao with its growth centers and business drivers; and to inform potential investors about business and investment opportunities and challenges in the region.

The Board of Investments, Phividec Industrial Authority and Philippine Export Zone Authority are among the offices in the region that promote good macroeconomic fundamentals.

Growth in Real Gross Domestic Product is one of the indicators of macroeconomic stability. And as mentioned by Mayor Oscar Moreno, Northern Mindanao is among the fastest growing regions in the country.

In 2019, the economy grew by 5.9%. Data from NEDA 10 also showed that although the regional economy of Northern Mindanao contracted by 5.2 percent in 2020 in terms of Gross Regional Domestic Product or GRDP compared to 2019, among the regions, Region 10 ranked as the third slowest in terms of economic downtrend due to positive growth in the Information and Communications Technology as well as in the Financial Services sectors.

The Agriculture sector even grew by 5.1% due to favorable weather conditions and increased demand for food. For some years now, Northern Mindanao contributes the second biggest share to the agricultural output of the country.

These promising scenarios will be further enhanced by the ongoing cooperation between the Philippines and the European Union in areas such as peace and economic development in Mindanao, sustainable energy, and justice reforms as presented by Mr. Maurizio Cellini of the European Delegation.

Senator Migz Zubiri presented the following programs and initiatives that he is supporting, such as: anti-poverty summit; development of industries; human resource development; infrastructure development like the Cagayan de Oro River Basin; road network development like the Panguil Bay Bridge; Mindanao Railway Project; Bukidnon Airport; Camiguin Seaport and Airport; and Peace and Order such as the passing of the Bangsamoro Organic Law.

These programs and initiatives will surely complement and improve the investment facilities and infrastructure in Northern Mindanao which Mayor Moreno elaborated as the region’s Competitive Advantages.

The multi-berth Cagayan de Oro Baseport handles interisland passenger travel with connectivity to the country’s nautical highway and the logistics corridors of Mindanao.

Laguindingan Airport services air logistics requirements while an extensive inter- and intra-city road network leads to and from the major production areas and markets in Mindanao.

Dr. Carsten Evers, Plant-Manager of STEAG State Power Incorporated reported that their company was put up in Northern Mindanao because of the region’s strong business environment which according to him enabled human resources because of excellent education, skilled and trainable workforce, attractive and livable infrastructure; energized infrastructure such as airports and seaports, road network, telecommunication, electricity and power and resiliency against natural hazards; and engaged in terms of essential technical services, specialized services, and supply of spare parts and materials.

Governance and institutions refer to business procedures and regulations that can promote ease of doing business in the locality.

In the 2020 Cities and Municipalities Competitiveness Index Survey Cagayan de Oro ranked 5th in terms of infrastructure; number 9 in government efficiency and 12th in economic dynamism among the highly urbanized cities in the country.

These are indications of the city’s effective governance and institutions. Healthy macroeconomic-economic fundamentals, sufficient infrastructure and effective governance and institutions in the region, as well as strengthened mutual cooperation with EU will hasten the realization of NEDA’s Vision of Northern Mindanao in 2030 and contribute to Ambition Natin 2040 as articulated by RD Mylah Cariño.

Northern Mindanao’s favorable investment climate has made several investors locate in the region and will continue to attract more.