Primavera to furnish units with paintings by Italian artist 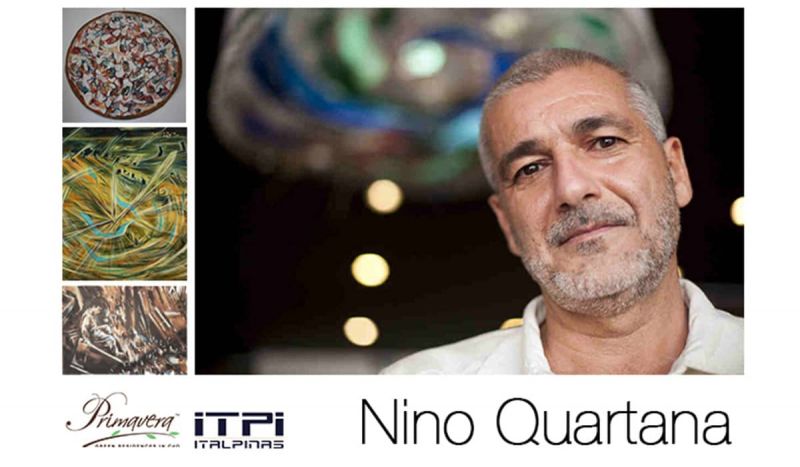 “Mr. Quartana’s paintings are incomparable. To add value to the elegance and style of the living experience of our guests and clients, his Water-Sky and Fire-Earth-themed paintings perfectly capture the sense of serenity and peace our clients would need,” IDC CEO Romolo Nati expressed.

Nino Quartana is not only a painter but also a stage designer and a ceramist as well. Having attended an Arts High School and specializing in Fine Arts at University in Palermo, Sicily, the Sicilian painter honed his artistic qualities through years of practice and study.

His art works have been showcased in Italy and other international exhibits since 1979. While in Milan, Quartana worked for an Italian television network, Radiotelevisione italiana (RAI), making a name for himself in the television and theater industry. He also ventured in teaching painting techniques and stagecraft in several qualifying courses funded by public and private organizations and also worked for programs funded by the European Union and the Sicilian Regio, aimed at the rehabilitation of children at risk by means of painting, stagecraft and drama.

Since January 2007 until the present, he relocated to Manila, where he continued to master his painting techniques. His works have been exhibited in many art galleries around the metro such as Galleria Deumila and Rico Renzo among others.

In 2008, he participated in “Europa sa Maynila”, an art exhibition where Manila-based European artists showcased their one-of-a-kind art works. It was organized by the Delegation of European Commission to the Philippines and co-presented by Ayala Museum.

Primavera Residences, a locally and internationally recognized property for its sustainable features and commitment to green architecture and design, was named among the winners in the prestigious International Property Awards in the 2014 Asia Pacific regional competition being the Best Mixed-use Development in the Philippines.

“Primavera Residences is designed, developed and managed following the criteria of sustainability. This means using natural resources in a smarter way. To weave sustainability, elegance, and style, we asked Mr. Quartana to create elegant environment-friendly artworks to fit the needs of our clientele,” Nati said.

The green building actively promotes environmental sustainability without compromising the Italian elegance and serene living of its residents.

“Mr. Quartana impressed me with his works and has fulfilled our expectations in creating an atmosphere fitted for our development. As an artist myself, I am really honored to display 50 artworks made by the one and only Nino Quartana,” Nati concluded.