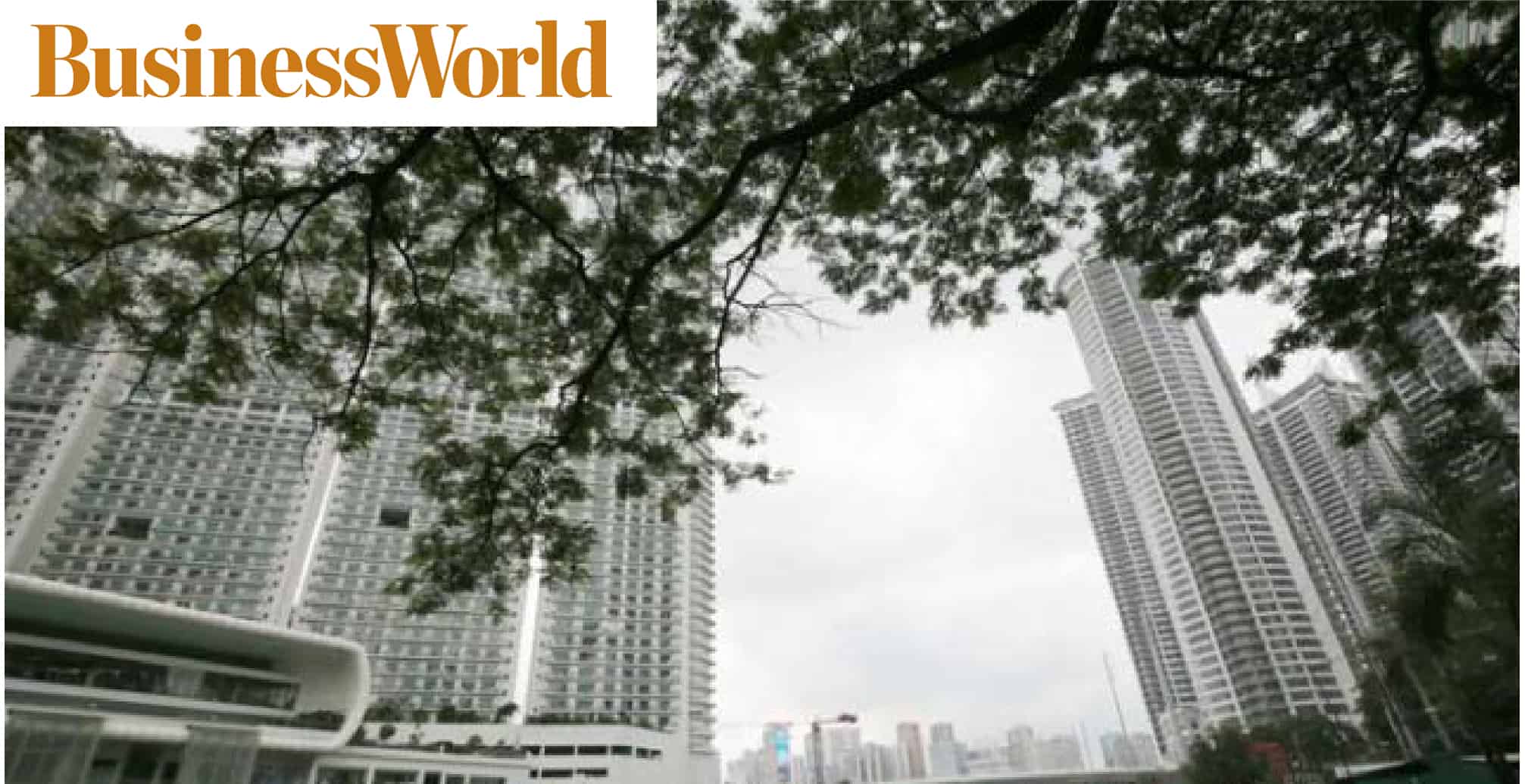 THE PROPERTY sector’s recovery is hinged on how quickly the government can build the infrastructure it promised, according to industry heads.

Some segments of the industry are somewhat looking up after pandemic-related contractions in 2020, with Leechiu Property Philippines indicating the return of office space demand on the back of a vaccination rollout.

“If we want to transform the country, there’s no other choice but to build more infrastructure at a faster pace,” DMCI Holdings Chairman and President Isidro A. Consunji said.

He said in an e-mail that President Rodrigo R. Duterte’s administration, in its final year, should avoid right-of-way delays for its “Build, Build, Build” infrastructure program. DMCI has interests in real estate, construction, power, and mining.

“All contractors were hit hard by the pandemic,” Mr. Consunji said. “The lockdowns and quarantine restrictions drained their productivity and capital. Government should speed up its infrastructure modernization program to help the industry recover faster.”

The flagship list now has 112 projects worth a total of P4.687 trillion. With 29 projects targeted to be completed before the end of the administration, 51 projects are ongoing and 28 are in the pipeline. Four were completed.

But beyond speed, real estate sector heads are also looking at a need for resilient infrastructure. To them, the property industry must be sustainable.

Mr. Leechiu said in an online video interview that the administration must invest in renewable energy and build more infrastructure surrounding sewage systems, which he said would support the tourism segment.

“You cannot have tourism without clean environment,” he said.

Romolo Valentino Nati, chief executive officer of Italpinas Development Corp., said that climate change threats will continue to be urgent even as the pandemic wanes.

“Under the next administration, I hope that environmental awareness continues to influence the way we choose to live and consume. I think that the Philippines can play a major role in the green economy in Southeast Asia,” he said in an e-mail.

Foreign investment should also be a priority for the Duterte administration, Mr. Leechiu said, highlighting a need for Asian investment links.

“I think we have to go through this balancing act of courting Chinese investments while asserting our geopolitical rights, as what Thailand, Singapore, Vietnam have done. If other countries have been able to do it, I’m sure we will be able to do it,” he said.

Mr. Consunji, however, said that the 100% foreign ownership of construction firms should be deferred.

“While large contractors can directly compete with these firms, the same cannot be said for small- and medium-sized Filipino contractors,” he said.

According to the CEOs, a faster vaccine rollout will aid their sector’s recovery, with Mr. Nati saying that the vaccines will support a return to “normalcy.”

“I think that improvements not only in vaccination, but also in other modes of pandemic-mitigation, like public awareness and preparedness, will benefit all industries,” he said.